Anything & everything in steel and more

Anything & everything in Agro Products. And more.

Anything & everything in Fertilizers. And more

Anything & everything in Sulphur Products. And more.

What? When? Where? How Much?

Whatever be your needs in steel, in any and every grade, in any of its various forms – raw material, semi-finished or finished we can meet them.

We have the resources, network and the expertise to be an integral part of your supply chain. We offer the most competitive market prices and ensure timely delivery with minimal logistical complications.

Agricultural products, especially rice, wheat, corn and pulses are in year-round demand across the world.

And that’s where we come in. We have the experience, expertise and know-how to reach significant quantities of agro products to anywhere in the world in a timely and cost-efficient manner.

At Manas, we also trade in products like sulphur, sulphuric acid,
petroleum coke, fertilizers and such other products.

Not only are we experienced in sourcing out precise quantities and grades of the products you require, we also lend you logistical support – from loading, comprehensive multi-modal freight and transport solutions including road, rail, air and sea, warehousing, custom clearance and final dispatch to destination, wherever it may be. We’ll take care of it from A to Z.

We’re also adept at trade financing, risk management and turnkey production. In short, when you deal with Manas International, you not only get the best products and materials, you even get the finest, industry-standard value-addition.

MANAS International Inc. , is a multi-resource, trans-national trading group specializing in reaching any and all forms of steel to anywhere in the world. We also trade in agro products, petroleum coke, fertilizers, sulphur, sulphuric acid and many other products.
know more

MANAS, (Sanskrit, 'mind') in Sanskrit means literature, mind, the coordinating organ of intelligence, thought, understanding, perception, and will. In Vedic times manas meant the individual spirit and the basis of speech (vac). In the Upanishadic period manas is variously treated: sometimes it is closely associated with speech and breath as a triple entity, sometimes considered as the immediate link between the Self, atman, and the senses, The Katha Upanisad pictures manas as the bridle with reins by which the intellect (buddhi), as the driver of the chariot, guides the horses of the senses.

In the darsanas manas is seen as a special, additional sense organ by which thoughts and sensations have access to the atman. In Samkhya philosophy the principle (tattva) of manas together with the intellect (buddhi) and ego (ahamkara) compose the threefold 'inner instrument' (antahkarama). Here manas is an evolute of buddhi-principle and a special kind of sense organ and organ of action that can bridge the internal and external realms. In general, manas is of philosophical importance as the organ or ordinary waking consciousness, the proper handling of which may facilitate higher consciousness and liberation.

In Buddhist psychology manas is the rational or intellectual faculty of the mind. Manas has both an active and passive function: in the passive mode it is responsible for reception, ordering, and interpretation of data received through the five senses, its operation being triggered by the input on sense-data. The process in which manas performs this function is the result of conditioning and habit, which can be modified through the exercise of self-awareness. In its active mode manas is responsible for the production of feelings and wishes. According to the Pali canon, it is considered synonymous with citta and vijana. A.G.H.

Indeed, the world is our market.

To that end, we have developed an extremely wide network that extends all over Europe, Latin America, the Indian sub-continent and the Far East.

for a bright career and prospects 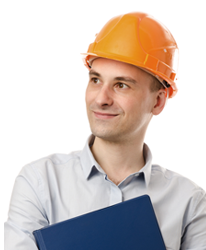 X
Thank you for sending us your enquiry.

One of our managers will promptly review your needs and respond within 24 hours.

Thank you once again for considering Manas International for your next purchase.

Thank you for considering Manas International for your next purchase.

Please fill in all details in this form.

Please note: The more information you give us, the easier it’ll be for us to serve you promptly and precisely.